What we are about

On June 23-26, 2022, Edmonton is home to the Alberta Circus Arts Festival (ACAF), hosted by Firefly Theatre and Circus. Join us for four days of Canadian contemporary circus performances, along with an extensive industry series. There will be professional development workshops for emerging and established artists, panels and discussions around sector development for industry professionals, and outreach opportunities for all. Local audiences will be treated to world-class Canadian contemporary circus on an intimate scale, allowing for a visceral and empowering reaction.

The Alberta Circus Arts Festival is dedicated to the creation of a regional and national voice in contemporary Canadian circus. We are committed to sharing and experiencing world-class circus with our community in order to provide a launch pad for creativity, technical virtuosity, and collaborations. We seek to inspire, educate and entertain.

Firefly Theatre is known for thought-provoking thrills and stunning displays of athleticism and grace. We perform on the ground and in the air, creating original live performances that fuse the genres of circus and theatre. Edmonton’s award-winning Aerial Circus Performance Company has captivated audiences nation-wide and beyond, appearing at festivals and events across Canada, the US, the UK, and Asia. Our productions have taken place inside theatres, museums, convention centres and nightclubs, outside in squares and intersections, and in the air suspended from buildings. Firefly Theatre’s work is unique in Alberta and has been described as “spectacular and breathtaking,” The Sun, “fresh, funny, neck-craning spectacles,” The Journal, and “amazing, quirky storytelling” The Edinburgh Festival List.

Firefly Theatre and Circus was founded in 2001 by actor John Ullyatt and circus artist Annie Dugan. Ms. Dugan continues to be the Artistic Director of the company, and she is the founder and Executive Director of the Firefly Circus Academy (2004), Alberta’s first school dedicated to aerial circus arts. The company has been honoured with a City of Edmonton Excellence Award in Arts and Culture, a Mayor’s Award for Innovative Artistic Direction, and the Edmonton Event Awards – Best Entertainer. In 2018 our Artistic Director was honoured with a Global Woman of Vision Award.

We would like to respectfully acknowledge that the Alberta Circus Arts Festival and Firefly Theatre & Circus are on Treaty 6 territory, a traditional meeting grounds, gathering place, and travelling route to the Cree, Saulteaux, Blackfoot, Métis, Dene and Nakota Sioux. We acknowledge all the many First Nations, Métis, and Inuit whose footsteps have marked these lands for centuries. 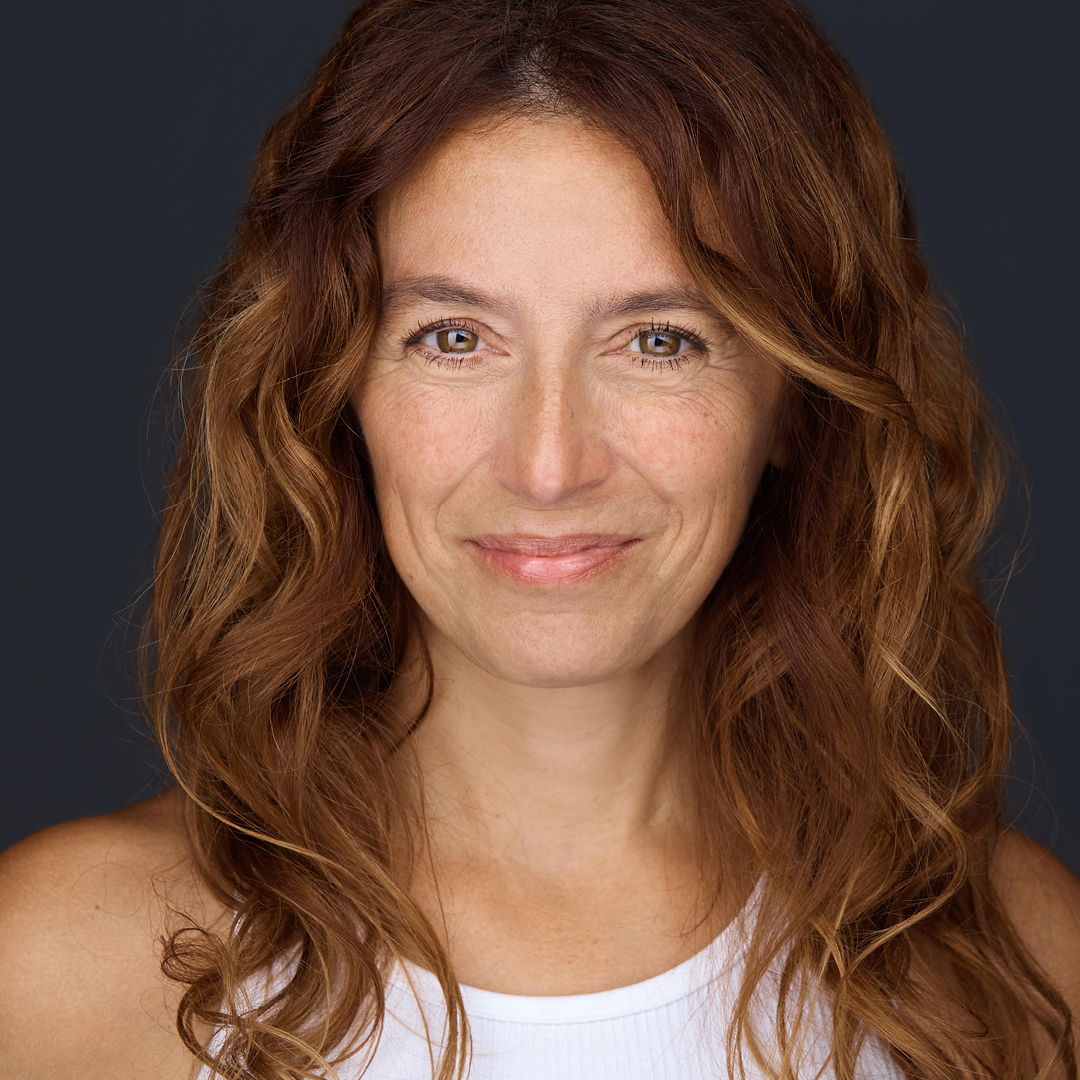 Annie is the co-founder and Artistic Director of Alberta’s award-winning Firefly Theatre & Circus, a company dedicated to merging the spectacle of circus arts with an accessible theatrical narrative. Since 2000, Ms. Dugan has been involved with all of Firefly Theatre’s productions in various capacities, including directing, producing, creating and performing. Firefly’s shows have been performed in theatres, on walls and rooftops, in the middle of the street, and even in fountains. Annie has received the Mayor’s Award for Innovative Artistic Direction, a Canada 150 Award, and was featured as a Global TV’s Woman of Vision. 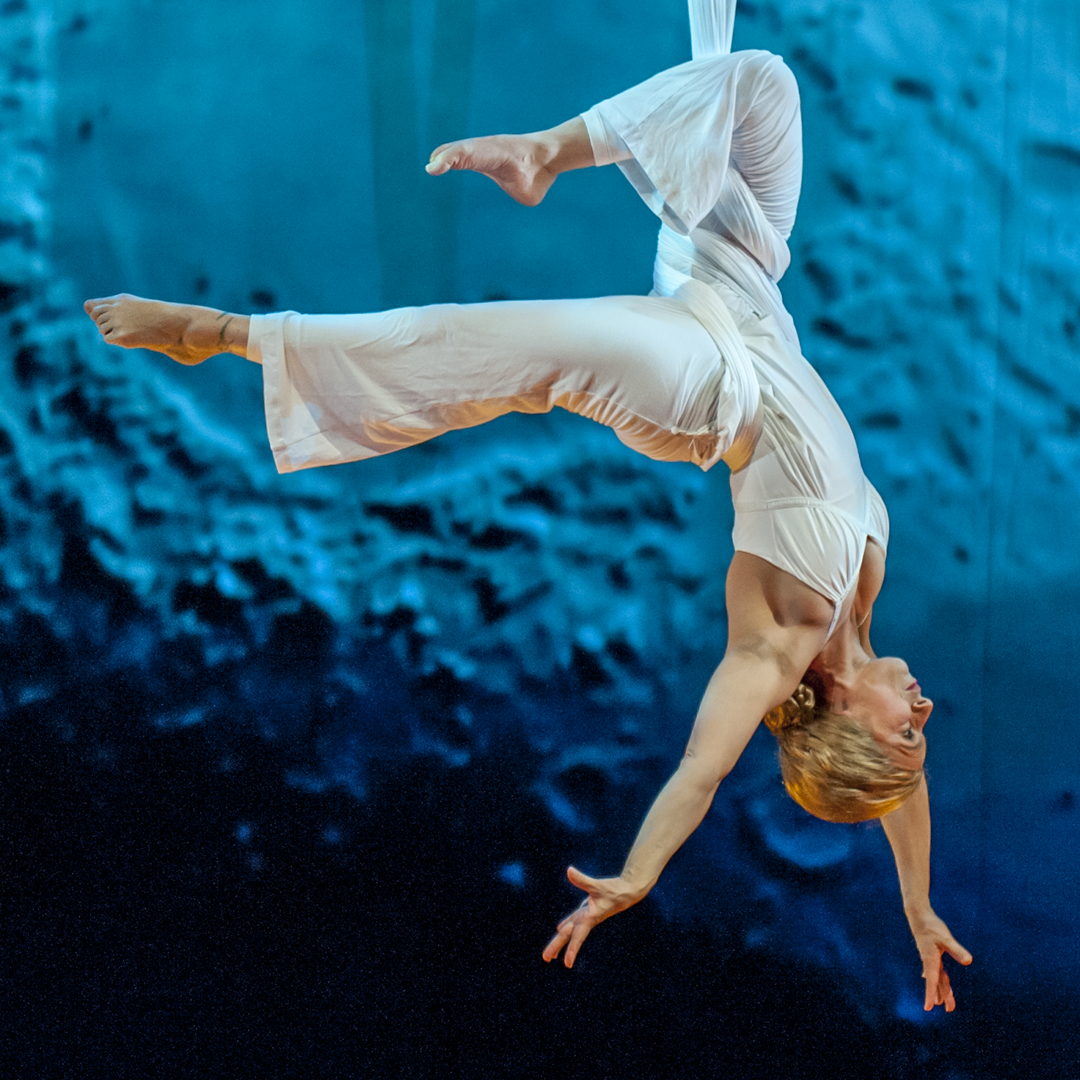 Stephanie has been a company member and performer of Firefly Theatre & Circus since 2013 and a student since 2009. She was so excited to join the Firefly team as Director of Operations and Special Events in 2021. She has a true passion for Aerial and Circus Arts. She has performed in many productions put on by Firefly such as KOLABO and PANACHE. She has been involved in many corporate and charitable events including the Canada 150 celebration at Roger’s Place, performing along with Canadian artist Sarah McLachlan. Stephanie is a Franco-Albertan. She is fluent in English and French both spoken and written. She is excited to be the festival’s French representative and producer. 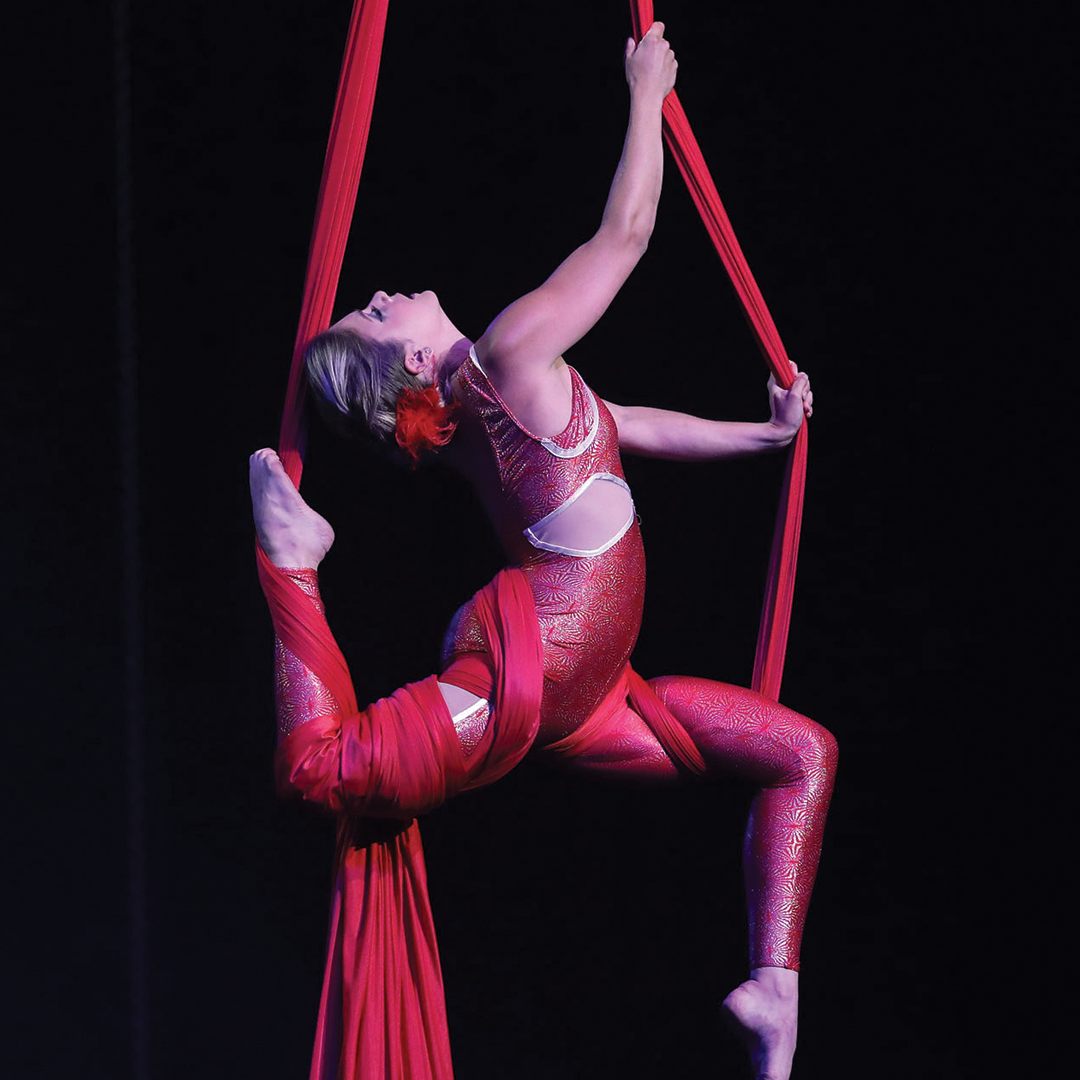 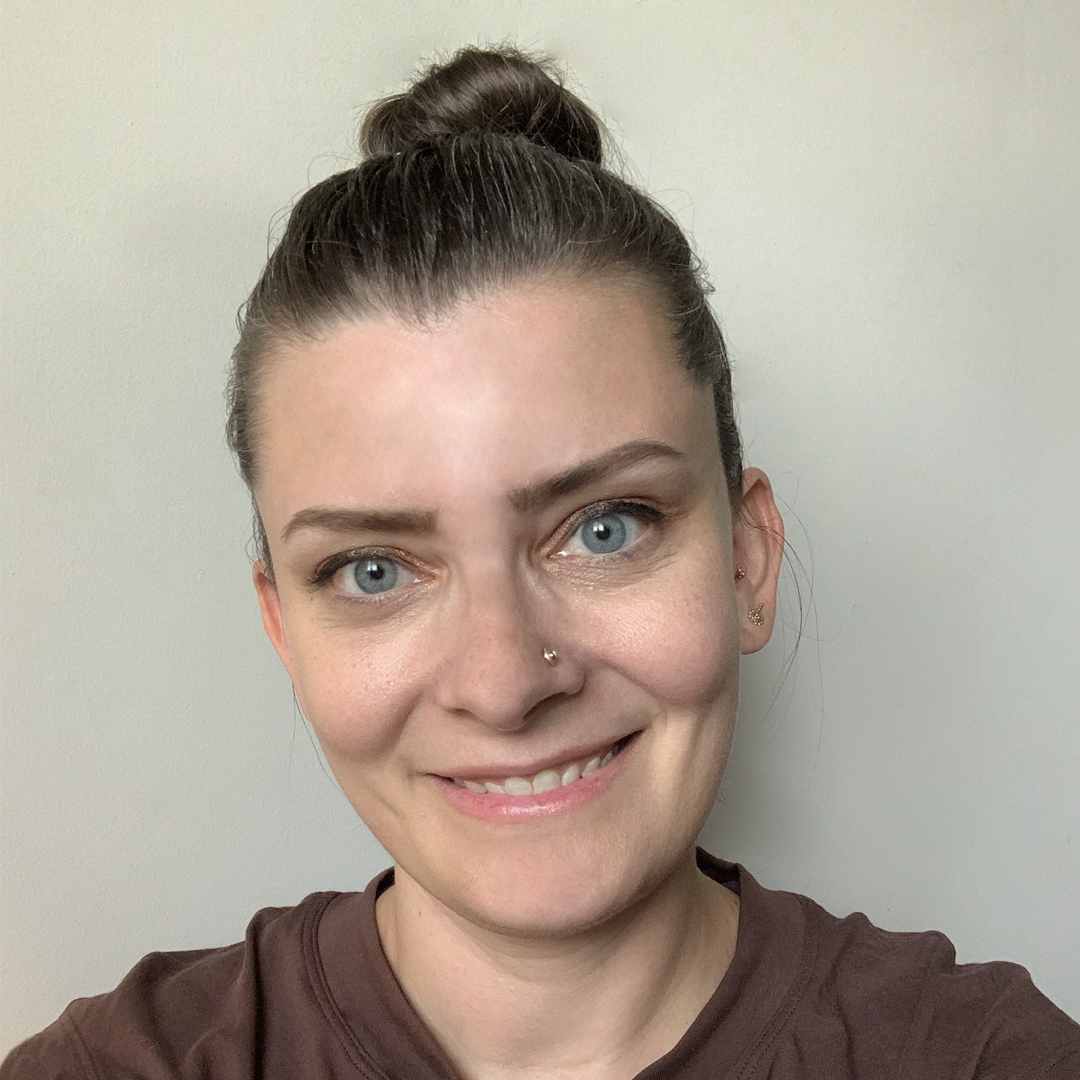 Erin joined Firefly Theatre & Circus in 2008 as a student. She trained recreationally for 10 years before joining the teaching staff in 2018, and in 2022 opened Sapphire Circus Arts. Erin graduated from Grant MacEwan College’s Graphic Design and Digital Communication program in 2007. Graphic design and aerial arts have gone hand-in-hand for Erin for many years. In 2013 she started doing the design work for Firefly Theatre & Circus, merging her two favourite things. As one of the producers of the Alberta Circus Arts Festival Erin is excited to flex her creative muscles and establish something both unique and beautiful that will really showcase the Alberta circus community. 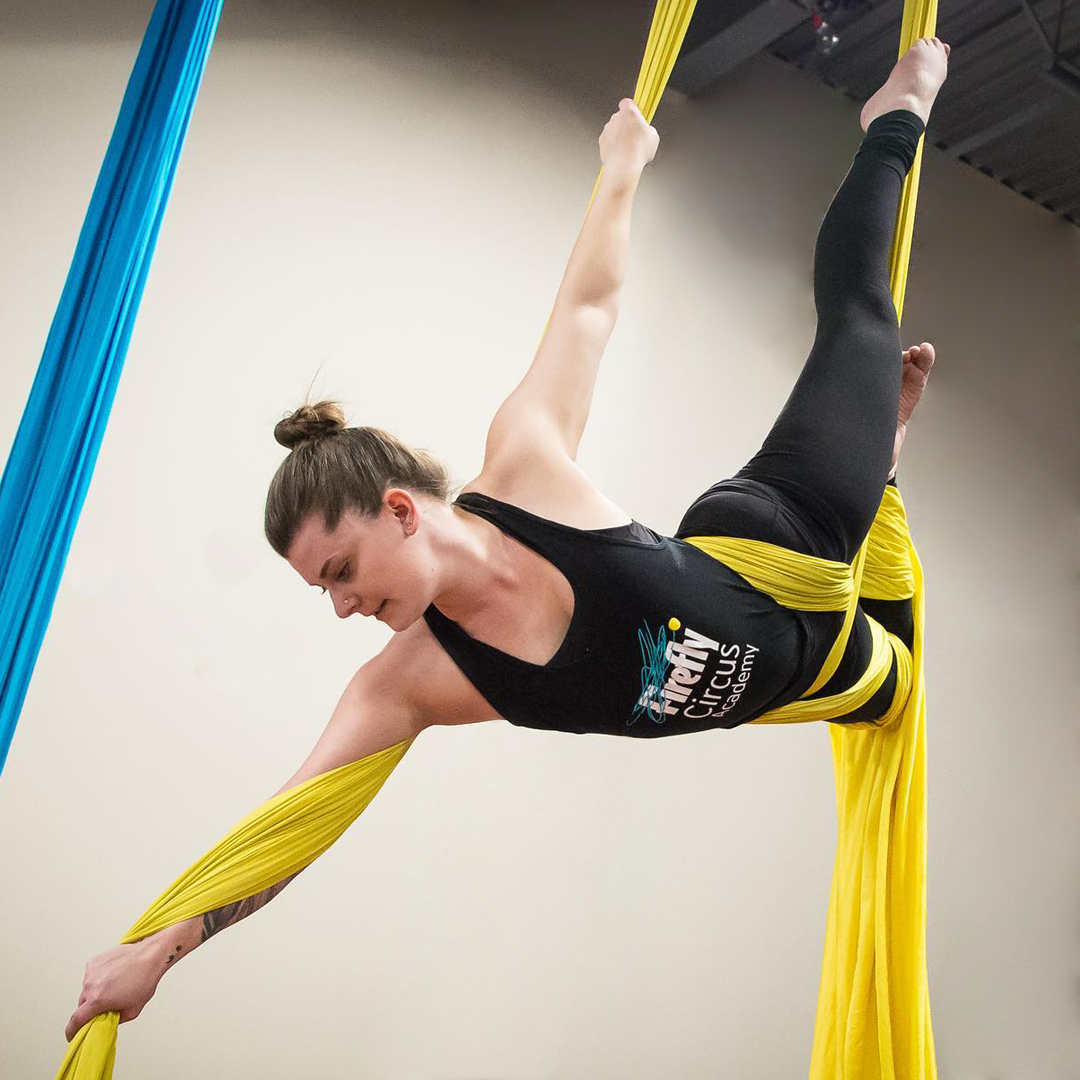